Check out the posts on Yuugi and Kaiba for information on
* The Year of the Monkey (Y)
* Metal Monkeys (K)
* Which characters are which bloodtypes (Y)
* Possible birthdates of all major characters, as used in this feature (K)
* Definitions and explanations of common astrological terms (decanate, ascendant, etc.)
AND MORE!

Though the voting was close toward the end, the results of the poll from Kaiba's entry are in-- Ryou Bakura is the subject of today's entry. For the sake of this series, his birthday will be September 2nd, 1980, making him a Metal Monkey/Virgo. We'll go into things like his decanate and ascendant (etc.) a bit further on.

Of note is the fact that the planets do not always appear in the sky on the same day every year. This is why, despite there being books able to give you your chart/horoscope up to 2010 (and possibly beyond), many calculations had to go into making those horoscopes. As previously mentioned, I am basing all of these featured astrology insights on the idea that they were born in 1980/1981 (for the main cast). This changes whether they are a particular decanate, what planets were in their houses, and whether or not they are on the cusp of a house or not.

I've been going back through my manga, and re-reading the first seven volumes, and I saw this picture, which I've wanted to make a wallpaper of for ages. I finally got around to making it today. XD 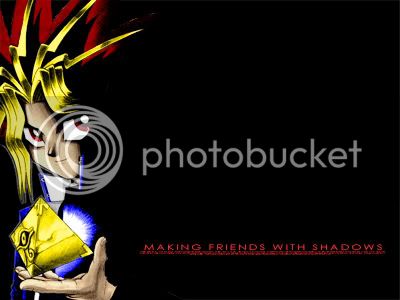 ygo_citylights located within the cut! Check out new character openings!